When I Finally Called Myself “A Writer”
By Kimberly Monaghan on November 21, 2019 in Book Talk 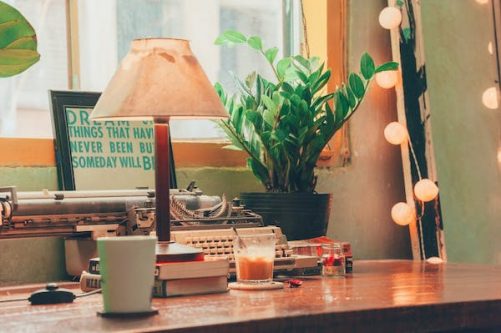 By Kimberly Monaghan on November 21, 2019 in Book Talk

While my full-time job is not in the writing world, thankfully, it does provide a plethora of options to scratch this creative itch—writing books, articles and posts. But here I am, in my side hustle as “a creative writer.” Yes, I have had some luck getting published, but it was long before that success that I broke through my insecurities and referred to myself publicly as a writer.

I used to be very shy about admitting that I wrote, and I certainly wouldn’t have dreamt of calling myself a writer.

But boy, I wanted to be one. I believed that the term ‘writer’ was only reserved for the famous, successful and best-selling novelists, journalists, screenplay authors, columnists and the like. And of course, I also didn’t have a degree in the industry so how dare I call myself a writer.

Then something happened. I read an article about the power of attraction. That idea really spoke to me. Though I knew there would be many published authors and writers (as well as those not in the industry) who would roll their eyes when I referred to myself as a writer, I did it. According to the ‘law,’ if I believed it, it would happen.

That’s when I became a writer.

I would go to events or parties or meet people who would ask me what I did for a living and despite my inner critic, I told them my occupation and then swiftly mumbled “oh, and I’m a writer.”

It was tough. Especially when they then asked, “Really? What did you write?” Which was followed with my apologetic explanation, “I’m not published yet.” And like clockwork, there it was. The knowing, condescending smirk that said it all. “Yeah, good luck with that.”

But I stuck to it.

And what a confidence builder it was. Claiming I was something with no proof of life.

If you are reading this you are probably a writer, an editor or I’m certain a reader and you understand how this industry often requires you to bare your soul. Even if you write fiction there is a little bit of you in each story. But soul baring? Yes, indeed. You are putting work out to the world—the compilation of your blood, sweat and tears. And when people reject it, ridicule it or critique it, it hurts. That is part of the reason why we struggle with the moniker “writer.”

As far back as I can remember, I considered myself a writer.

And when I got older, I continued to step into the creative space as often as possible. Even with a full-time career, whenever I could find the time I wrote. And then something changed. A friend suggested I send a project into a publisher. Despite the multiple rejections (and I mean many, many, many) I finally got a call. “We want to publish your work.” I could ‘officially’ call myself a writer. And when I saw my name on the cover of my first book, I felt validated. Yes, I still have a long way to go, but it’s a story in progress.

And if you’re a writer, this is your story too. And the first line of this story is something we all need to read aloud…